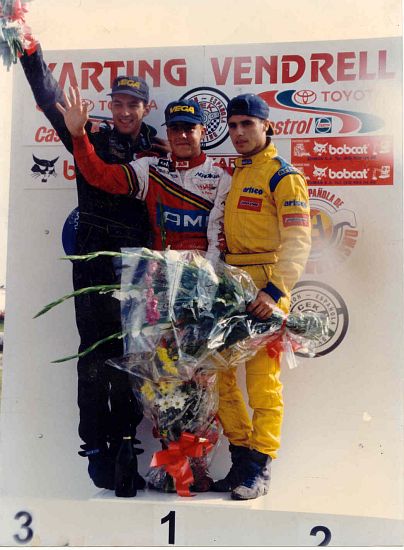 What to say about a world champion like Fernando Alonso, you just have to see his biography. At the age of 3 he was already driving karts, he did EGB while competing in karts, in 91 he was Karting champion in Asturias and Galicia (cadet), in 93 he won the Spanish championships in the junior category, in 95 he qualified third in his first karting world championship, a competition he won the following year.

Starting in 1999, the projection towards formula 1 began, first participating in the Nissan formula and then in the 3000 formula. He finally reached formula 1 with Minardi to later be a test driver at Renault.

In the video an exhibition at the Oviedo 2009 roadshow. Below is the list of championships where Fernando Alonso in Karts won or was in the first positions.

From that moment on, he leaves the karting circuits behind and Fernando Alonso begins his long career in Formula 1. From 2001 to 2018 he has managed to be world champion twice, three times runner-up in the world championship and once third.

It has also accustomed us to see him competing in other competitions such as the Indianapolis 500 or the 24 hours of Daytona.

Over the years it has not forgotten karts, it shows in its museum, Fernando Alonso karting circuit or its campus.

Want to join the discussion?
Feel free to contribute!